To all those who have served, and those who continue to serve… Happy Veterans Day!

Veterans Day was originally called Armistice Day and commemorated the end of World War I. World War I officially ended when the Treaty of Versailles was signed on June 28, 1919. However, the fighting ended about seven months before that when the Allies and Germany put into effect an armistice on the eleventh hour of the eleventh day of the eleventh month. For that reason, Nov. 11, 1918, was largely considered the end of “the war to end all wars” and dubbed Armistice Day. 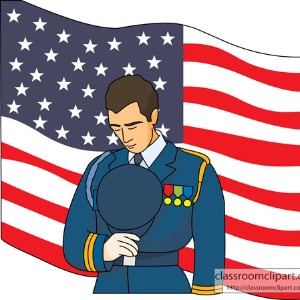 But then World War II and the Korean War happened, so on June 1, 1954, at the urging of veterans service organizations, Congress amended the commemoration by changing the word “armistice” to “veterans” so the day would honor American veterans of all wars.

People sometimes confuse Memorial Day with Veterans Day. Memorial Day is a time to remember those who gave their lives for our country, particularly in battle or from wounds they suffered in battle. Veterans Day, however, honors all of those who have served the country in war or peace — dead or alive — although it’s largely intended to thank all living veterans for their tremendous sacrifices.

This Monday, we will be honoring Veterans Day with students in grades 3 through 12. Because our assemblies are being planned in conjunction with the VFW and the American Legion, these activities may include prayer led by community members. If you would like your child to participate in an alternative activity on Monday, please call the school office by the end of the day Friday. Thank you – and thanks to all our Veterans.